Insurance Agents May Soon Be on the Endangered Species List!

Juggernaut companies such as GEICO and Progressive Direct and the large number of other companies selling insurance direct, want your 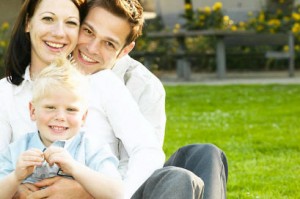 best customers and in some cases they are getting them!

GEICO and Progressive Direct collectively spend more than $1 billion a year going after our customers, blanketing the television airwaves with their mass advertising messages.

Other insurance companies such as Allstate and Farmers have purchased direct to consumer companies as well to add to their distribution channel. (Esurance and 21st Century Insurance)

What is the Result: Fewer policyholders and decreased revenue!

They do not publicly admit that they want to compete against us. Instead they will use cute expressions such as we are opening up an alternative distribution channel to service clients who wish to purchase insurance direct.

But the bottom line is that by means of their advertising mechanisms they have convinced the general public that the price you pay for insurance is the most important factor in your decision making process.

Insurance has been turned into a mere commodity because of the mass advertising machine started by GEICO and Progressive Direct that runs 24-7.

How Can Agents Survive?

We have to be innovative which means that we need a strategy that will help us as agents to overcome the effectiveness of the GEICO and Progressive Direct advertising war machine.

I will share with you what I believe to be an effective strategy that will help us educate the general public that insurance is more complicated than the price we pay for it.™

We are about to launch a new pilot video series for YouTube highlighting why it’s vital for consumers to purchase insurance from a local professional agent versus a company that sells directly to the public like GEICO.

Dirk and Canon, Insurance Detectives™ will clearly show why consumers need professional advice, and not just a cheap price. ™

How can a new online comedy show help insurance agents attract quality prospects to your agency, but more importantly improve your retention when companies such as GEICO, Progressive Direct, Esurance, and 21st Century Insurance attempt to lure away your best and most profitable customers?

The main characters, Dirk and Canon, are Insurance Detectives. Their objective is to determine whether or not something would be covered by insurance.

They receive one assignment each episode to go out and cause the claim!

After they cause the claim they learn whether or not insurance would provide coverage!   I am including a teasor video below.  You will notice that they are always running away from the scene of the claim! (To avoid apprehension and being strangled by policyholders that were unwitting victims of their “investigation”!)

We will license the individual videos to insurance agents to use on their websites and they will be customized to your agency.  In other words Dirk and Canon will directly recommend that prospects contact you for insurance in the video! (Very reasonably priced.)

For more information you can contact Jack Thomas (Offices of Pathway Insurance)  Our office number is 513-662-7000.  Enjoy our teaser video.

Dirk and Canon, Insurance Detectives™ is produced, and owned by Web Insurance Network, Inc.  Any inquiries by Insurance companies, advertising firms or their representatives should be directed to Jack Thomas. Contact telephone number: 513-662-7000.